The Grandmas' Cookbook can be approached by the reader in two ways. On one hand it is a book on traditional German recipes and on the other it is a special historical look at the life of two northern German housewives of the early 20th century. It all started when Michael Hümpel discovered his grandmothers' handwritten notebooks and diaries. Recognizing their value, he collected testimonies and photographs of their history and recorded in detail the cooking recipes contained in the writings.

The main design challenge of the project was to create a multi-dimensional but functional book and at the same time to convey the sense of time, emphasizing the historical significance of the content. 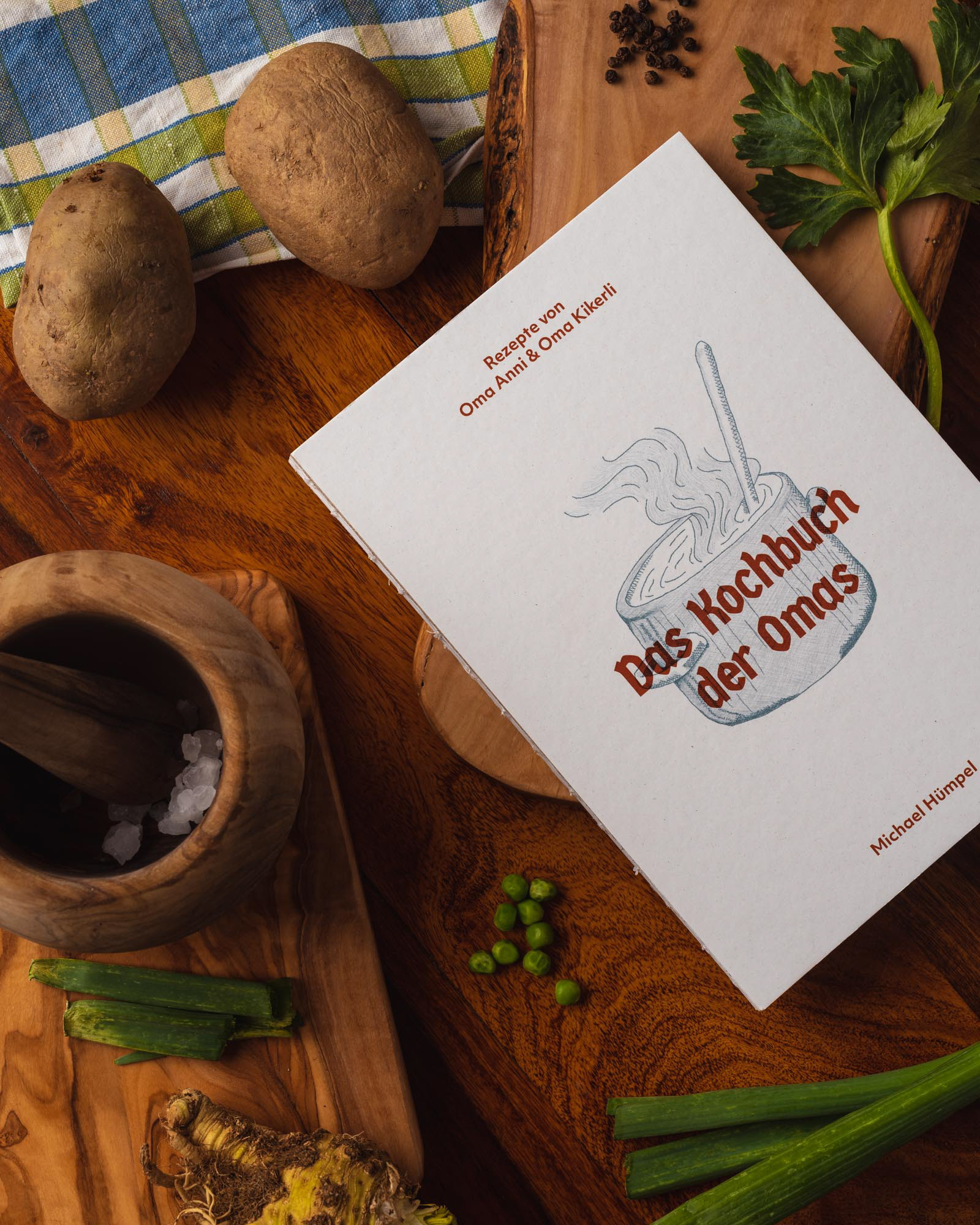 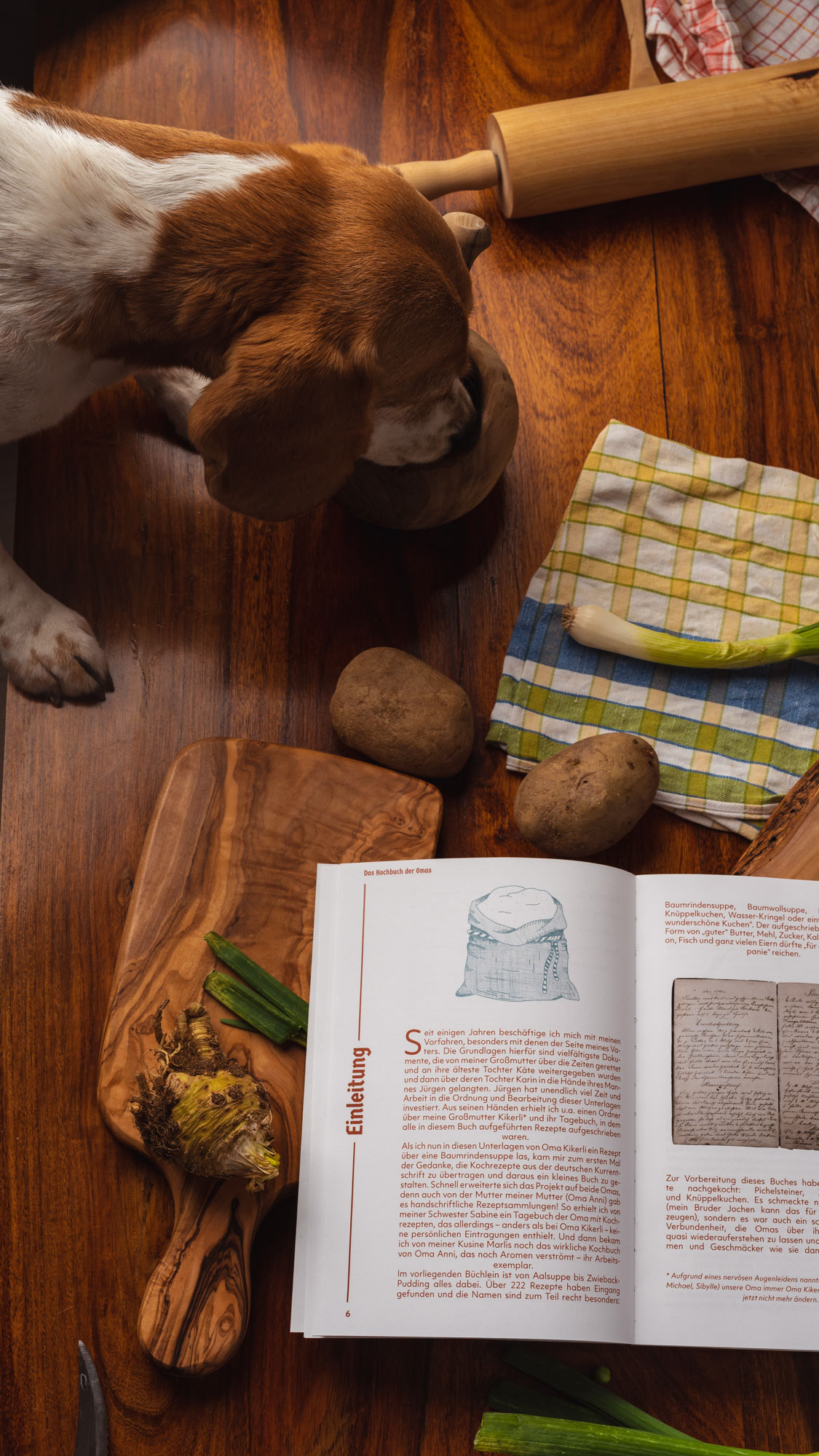 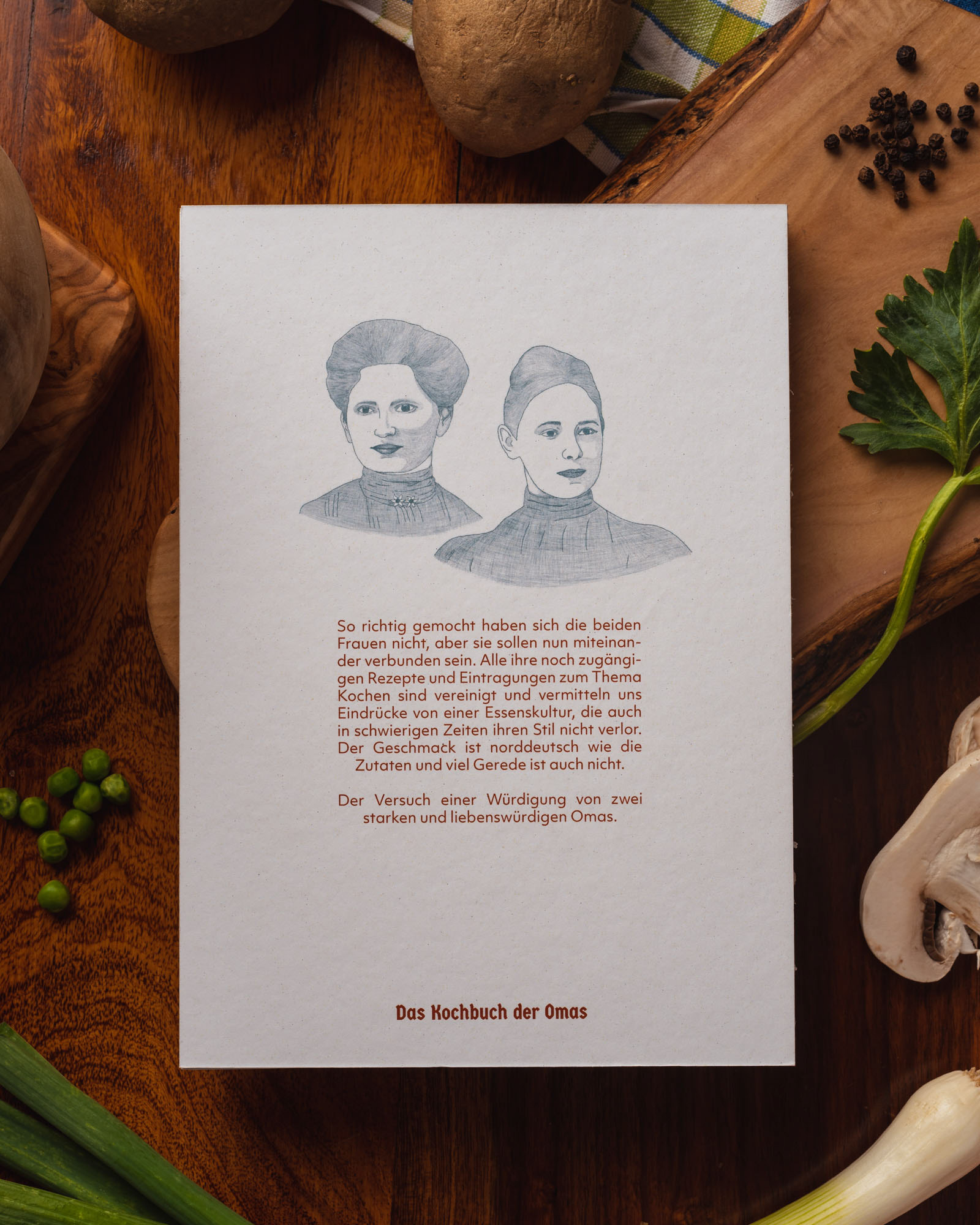